HMRC has changed its view on how you work out the taxable amount where an employee sacrifices pay for a company car, as an employer here’s what you need to know.

If an employee has a salary sacrifice arrangement in place for a company car (with CO2 emissions of 76g/km or more) which began or has changed after 5 April 2017, you must deduct PAYE tax and NI on the greater of the benefit in kind (HMRC calls this “the cash equivalent” of the car) or the salary the employee gave up in exchange.

Until recently HMRC’s view was that the total salary sacrificed had to be compared to the taxable car benefit. In its latest Employer Bulletin HMRC confirms that the amount of salary sacrificed to be used for the comparison is the figure for the car only, i.e. you must ignore any part of the salary given up which relates to any other costs, e.g. fuel, maintenance or other attributable service. So in the example below the amount subject to PAYE and NI would be £3,200 instead of £3,600.

Example. An employee entered into a taxable salary sacrifice arrangement on 6 April 2017. He gave up salary of £300 (gross) per month in exchange for a company car. £220 relates to provision of the car and £80 for insurance, vehicle excise duty and maintenance. The taxable benefit in kind for the car comes to £3,200 per year. HMRC’s original view was that the amount on which PAYE tax and NI was payable was the greater of £3,600 (£300 x 12 months) or £3,200 (the taxable benefit).

When structuring a salary sacrifice agreement, separate the constituent amounts for the car and other costs. Also, make sure that your payroll personnel are aware of HMRC’s change of approach. 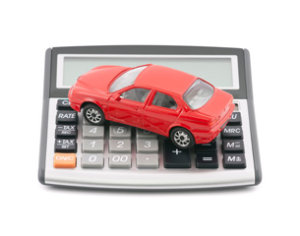