Q: I own several properties jointly with my son across the Wirral. Most of them are rented out, but my son has lived in one of them for five years. My son is now considering buying a house on his own and this will become his main residence. Will he have to pay the higher stamp duty land tax charge on the purchase?

A: Broadly, if the value of your son’s share of the rental property is more than £40,000, he will be liable to the higher rate of SDLT when he purchases a new property.

Further information can be found in the HMRC guidance on the higher rates of SDLT applicable to the purchase of additional residential properties, which was published in November 2016; and on the GOV.uk website at https://www.gov.uk/guidance/stamp-duty-land-tax-buying-an-additional-residential-property.

Q: I am the sole director and 100% shareholder of a company on the Wirral. Can the company claim capital allowances for the cost of setting up a website?

A: Expenditure on setting up a website is generally treated as expenditure on computer software. According to HMRC guidance (Business Income Manual: BIM35815), ‘the cost of a website is analogous to that of a shop window. The cost of constructing the window is capital; the cost of changing the display from time to time is revenue’

Computer software acquired with hardware (e.g. an operating system) and accounted for as part of the cost of the hardware will qualify as plant in the main capital allowances pool.

Other computer software qualifies for capital allowances under CAA 2001, s 71. However, from 1 April 2002, new expenditure on software will initially qualify for relief as an intangible asset (under CTA 2009, Part 8) provided it is incurred by a company. If the company wishes to exempt such expenditure from CTA 2009, it must make an irrevocable election within two years of the end of the accounting period in which the expenditure was incurred. This means that companies can effectively choose between capital allowances (under CAA 2001, s 71) and amortisation (under CTA 2009 Part 8). Where amortisation is charged in the accounts, the advisability of making an election will depend on the period in which the policy is used (i.e. the period over which the expenditure is written-off). 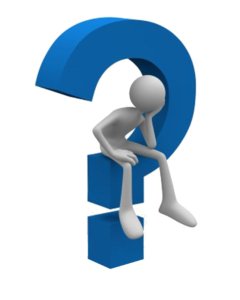 Top 10 Reasons Why You Need an Accountant for Your Business

Top 10 Reasons Why You Need an Accountant for Your Business Managing your own business can be complicated, stressful and…