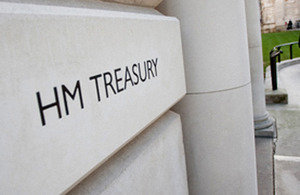 The new tax year brings changes to income tax and the National Living Wage that help people earn more and keep more of what they earn.

People across the UK will see a welcome boost to their finances today, thanks to further cuts to income tax.

Hundreds of thousands of graduates will also save up to £360 a year from the raising of the student loan repayment threshold which comes into effect today.

These are just two of several changes this month to help people earn more and keep more of what they earn, including increases to the National Living Wage and State Pension, and freezes to fuel and beer duties.

From today, millions of people will have more pounds in their pocket and keep more of their hard-earned wages.

By increasing the National Living Wage, cutting income tax, and freezing fuel duty for the eighth year running, we are boosting living standards for millions of people this April, giving them more choice over how to use their pay packet and building an economy that works for everyone.

Since 2010 the government has cut income tax for over 30 million people, prevented half a million taxpayers from being dragged into the higher rate of tax, and taken 4 million of the lowest paid out of tax altogether.

Other tax changes coming into force this month will also help families with the cost of living.

We’ve also increased the threshold at which people begin to pay back their student loan to £25,000. This figure will continue to rise in line with changes to average earnings, to help those starting out in their careers.

Pensioners will earn an extra £180 through the State Pension than they did last year.

For the eighth year in a row, the average car driver will also benefit from the government’s fuel duty freeze, saving £160 a year.

And a pint of beer will be 12p cheaper than it would have been – after cuts and freezes made to duty since 2013.

And it’s not just families who will benefit.

Britain’s pubs will get a £1,000 discount on their business rates, and the great British high street will save £2.3 billion over the next five years thanks to a switch to business rates indexation two years earlier than planned.

These positive changes are part of the government’s pledge to create an economy that works for everyone.

Changes coming into force this month: